Yemen Finds Hope in Its Heritage

Documenting pre-Islamic reliefs on display at the Baynoun Museum.

This article is dedicated to the memory of Mohanad Al-Sayani, Chairman of Yemen's General Organization for Antiquities and Museums, who passed away in August 2020. Amid Yemen's ongoing unrest, Mohanad was a tireless advocate for the protection and safeguarding of Yemen's past and a trusted partner to CAORC and the American Institute for Yemeni Studies. He will be sorely missed.

Despite the devastation wrought by more than five years of conflict and now an invisible pandemic that has spread largely uncontrolled through a population already suffering from the world’s worst humanitarian crisis, Yemenis of all stripes continue to persevere. Families and communities have come together to support each other in desperate times and, civil and public servants, including healthcare workers, teachers, and emergency personnel, most of whom have not received their government salaries in years, continue to provide whatever assistance they can, especially when buttressed through international aid efforts.

It is within this context that Yemen’s General Organization for Antiquities and Museums (GOAM) has prioritized the need for heritage protection, not just to safeguard the past itself, but perhaps more importantly to provide hope that the country’s shared past and cultural traditions are far more durable than its current divisions. Since 2018, CAORC’s Responsive Preservation Initiative (RPI), together with CAORC’s member center in Sana’a, the American Institute for Yemeni Studies (AIYS), has been supporting GOAM’s dedicated teams of heritage professionals to document and secure museum collections throughout Yemen that are threatened by the ongoing conflict and the disastrous situation it has created. To date, these efforts, focused especially on provincial museums and smaller collections in Baynoun, Dhafar, Dhamar, Sana’a, and Seyoun, have documented and safeguarded more than 3,500 artifacts and cultural items from Yemen’s illustrious past.

The urgent need to document and secure such collections is clear. Since Yemen’s civil war began in 2015, airstrikes have significantly damaged or completely destroyed a number of heritage sites and museums throughout the country, while still other monuments and collections have been looted or threatened by various armed groups. The disastrous impact of the war—and the critical need for documentation—is especially highlighted by the destruction of the Dhamar Museum, which was completely leveled by airstrikes in the opening months of the conflict. With support from CAORC’s RPI program and now the ALIPH Foundation, the museum’s resilient staff, assisted by local volunteers, are gradually sifting through the rubble to salvage what they can of the more than 12,000 objects that were once part of the collection.

The ongoing recovery efforts at the destroyed Dhamar Museum.

For Yemen’s heritage professionals, therefore, the clear priority is to document and safeguard as many collections as possible across the country. Documentation efforts serve not only to create invaluable visual and descriptive records of objects that might be irrecoverably lost, but also to create a critical evidentiary database that can potentially allow stolen and looted artifacts to be identified and recovered. Far more than just snapping a few photos, collections documentation requires the coordinated efforts of teams of museum professionals working together to systematically clean, assess, document, and finally secure thousands of artifacts, all with the realization that the risks to the collections only grow with each passing day.

The first step the teams are taking to document the collections is to clean the artifacts, many of which have been difficult to maintain given the sometimes inadequate facilities, storage, and equipment of Yemen’s museums. As objects are removed from storage areas and gallery spaces, they are gently cleaned of accumulated dirt and debris, thereby allowing staff to properly assess any damage or deterioration that may require additional conservation. Such assessment is especially critical with artifacts crafted from organic materials, such as textiles, bone and wooden tools, leather goods, and manuscripts, which can deteriorate rapidly if stored in poor conditions or left exposed to the elements, especially pests and insects. Metal objects, too, like coins, jewelry, and weapons, can easily corrode, breakdown, and fragment without an adequate preservation environment. Thus, even as the museum teams prioritize the documentation of their collections, they are also taking the time to identify those artifacts most in need of urgent conservation so that they can be repaired once Yemen’s political situation has stabilized.

Next comes the critical and time-consuming step of registering and documenting each piece in a museum’s collection. First, the documentation team, which typically includes museum staff as well as archaeologists, conservators, and photographers, inventories and registers each object (even giving a new registration number, if needed) before taking digital photographs of the piece from various angles and with scale bar and object number clearly visible. This is followed by a thorough inspection of the piece in which accurate measurements are taken and notes made of artifact type, material, date, function, and any distinguishing features or characteristics, including visible signs of damage or deterioration. Collected information is initially recorded by hand using standardized forms but then eventually entered, along with photographs, into an electronic collections database, where records can be searched, compared, and analyzed. For GOAM, the resulting databases are extremely powerful tools for both accessing and monitoring their collections and, if the worst happens, retrieving valuable information about objects that might be damaged or lost. 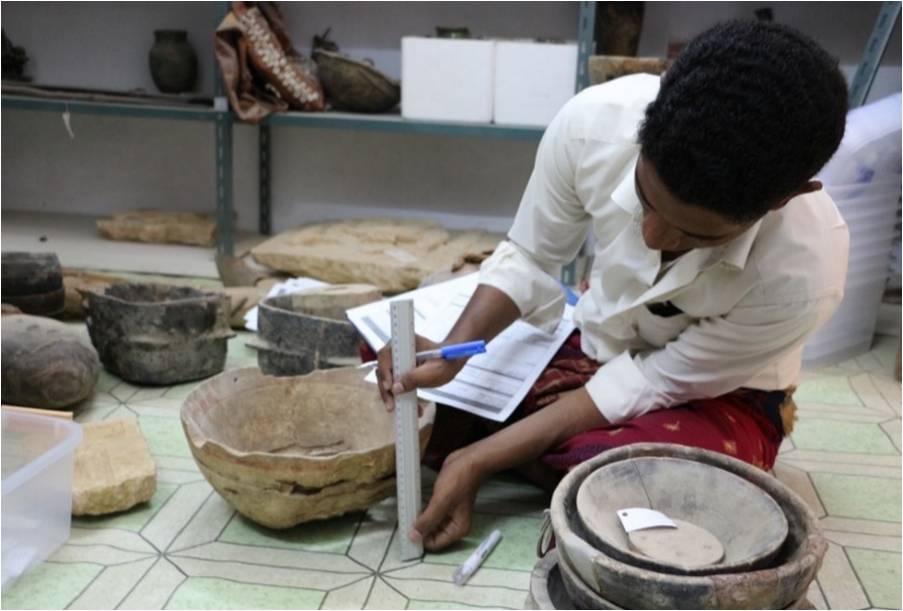 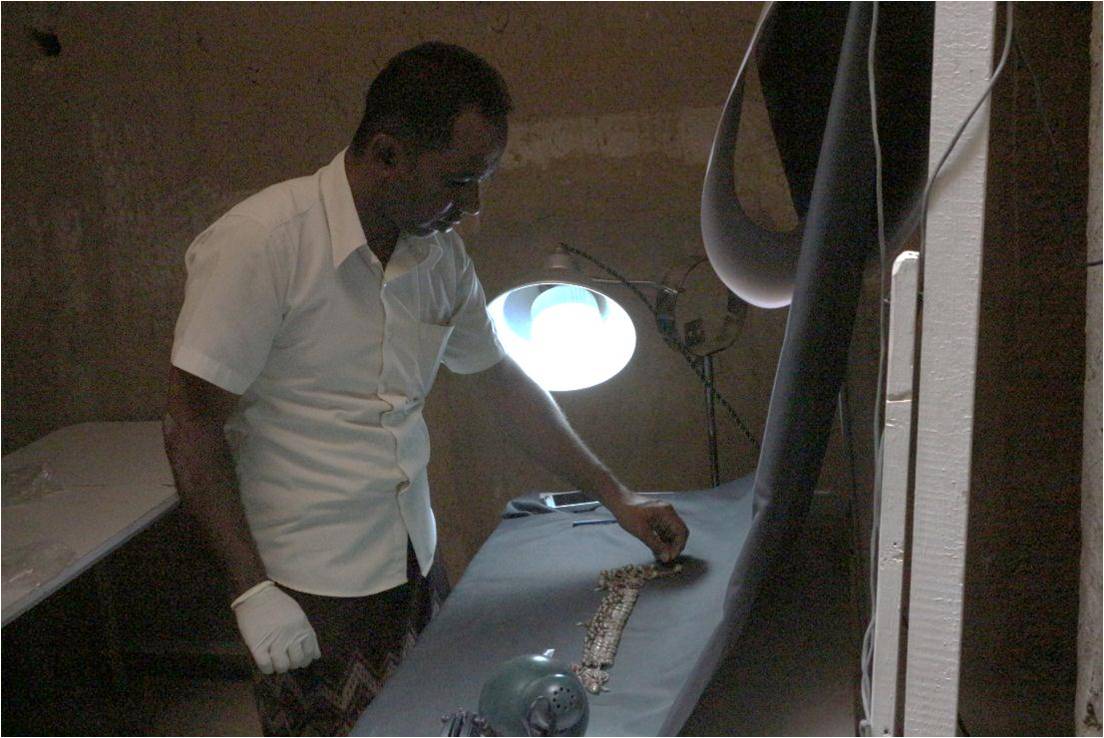 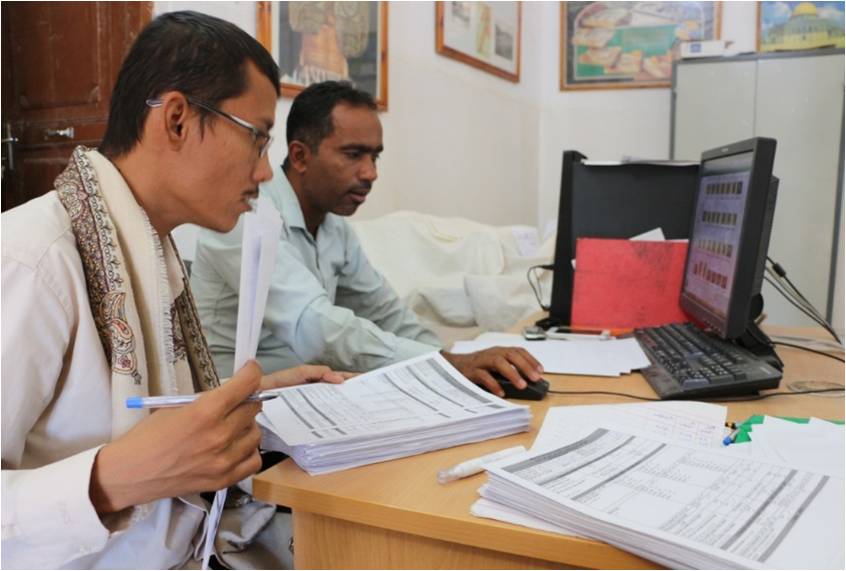 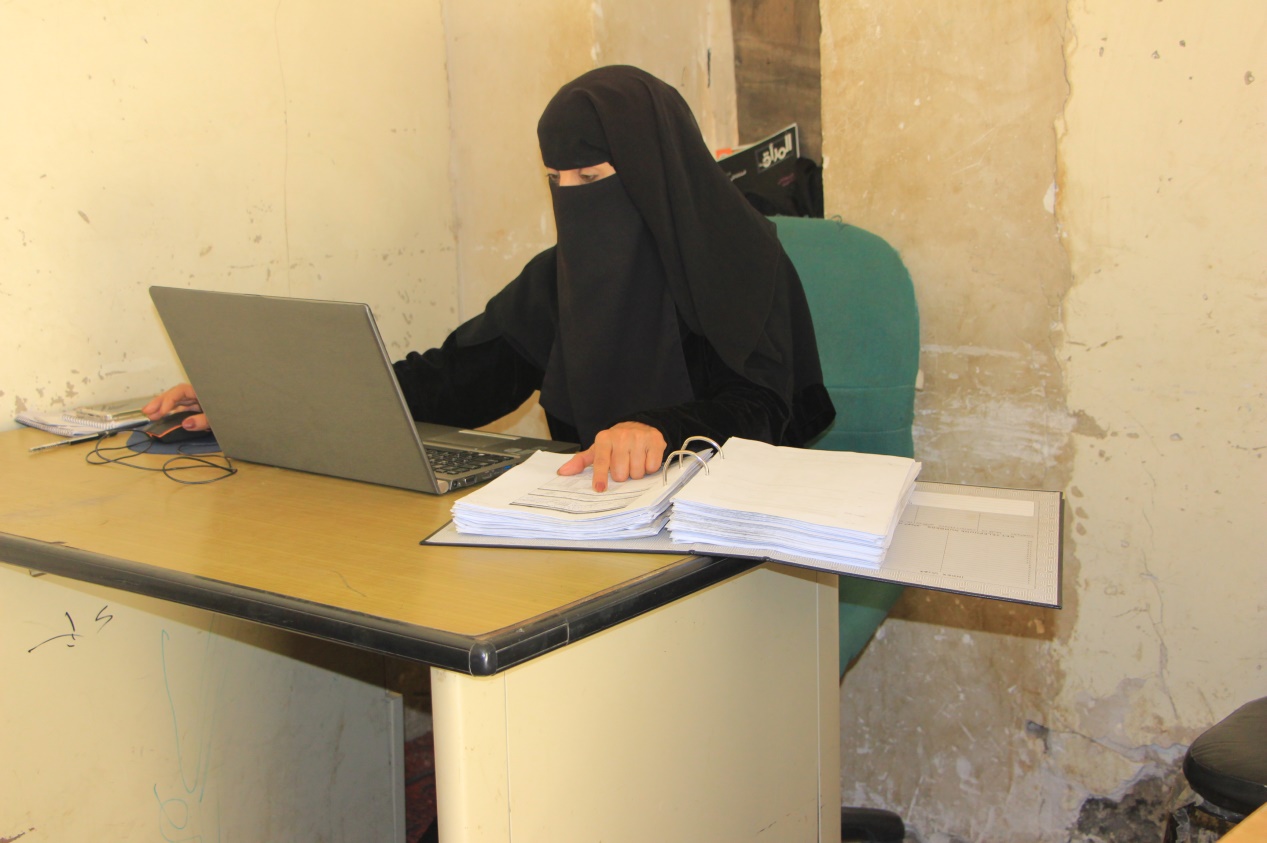 After objects are documented and recorded, they are again stored away for their protection, either within the museum or in an associated off-site facility. In most cases, this has meant cleaning, re-organizing, and improving the security of museum storage areas so that documented artifacts can be easily monitored and retrieved as needed. In addition to thoroughly clearing out and cleaning store rooms, often filled with years of accumulated clutter and debris, the museum teams are also treating areas affected by moisture damage, sun and heat exposure, as well as harmful pests and insects. The cleaned store rooms are being outfitted with new cabinets and shelving units, allowing for more systematic and organized storage, while the artifacts themselves are being carefully re-packaged in well-labeled and easily identifiable bags, bins, and boxes, with their final storage containers and locations noted in the collections database. New security measures have also been introduced, included repairing and reinforcing storage room windows and doors, and adding bolted locks to cabinets and doors as needed. Thus, despite the continued challenges they face in safeguarding their collections, the museum teams have made significant improvements to the physical and environmental conditions of their facilities, thereby ensuring the long-term preservation of artifacts under their care. 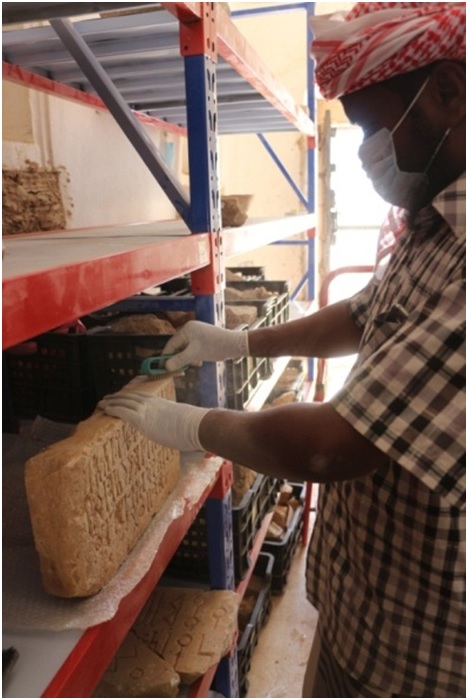 During the coming year, even as Yemen continues to struggle with the hardships and uncertainties of both the conflict and the pandemic, the dedicated and resilient teams in Baynoun, Dhafar, Sana’a, and Seyoun, with renewed assistance from AIYS and CAORC’s RPI program, will be working to complete the documentation of their most at-risk collections. Similar efforts will be initiated at the Taiz National Museum, shelled and pillaged by militia forces in February 2016, while a grant awarded to CAORC by the ALIPH Foundation will allow GOAM to finally complete the recovery and documentation of artifacts still buried in the debris of the destroyed Dhamar Museum. Through their tireless efforts, which CAORC and AIYS are honored to support, Yemen’s heritage professionals are safeguarding a shared past and common identity that they hope will help re-unite the country once it eventually emerges from the current conflict.

CAORC’s cultural heritage preservation efforts in Yemen are funded by the J.M. Kaplan Fund, the ALIPH Foundation, and the U.S. Department of State’s Bureau of Educational and Cultural Affairs. CAORC programs also benefit greatly from the cooperation and assistance of the Embassy of Yemen in Washington, D.C. and Yemen's Ambassador, His Excellency Ahmad Awad Bin Mubarak. Our in-country programs are facilitated and locally administered through CAORC’s member center in Sana’a, the American Institute for Yemeni Studies (AIYS), with essential support and guidance provided by AIYS Resident Director Dr. Salwa Dammaj. Finally, we are exceedingly grateful for the support and partnership of Yemen’s Ministry of Culture and the General Organization for Antiquities and Museums, whose dedicated teams of heritage professionals, in both north and south Yemen, make all of this critical work possible. 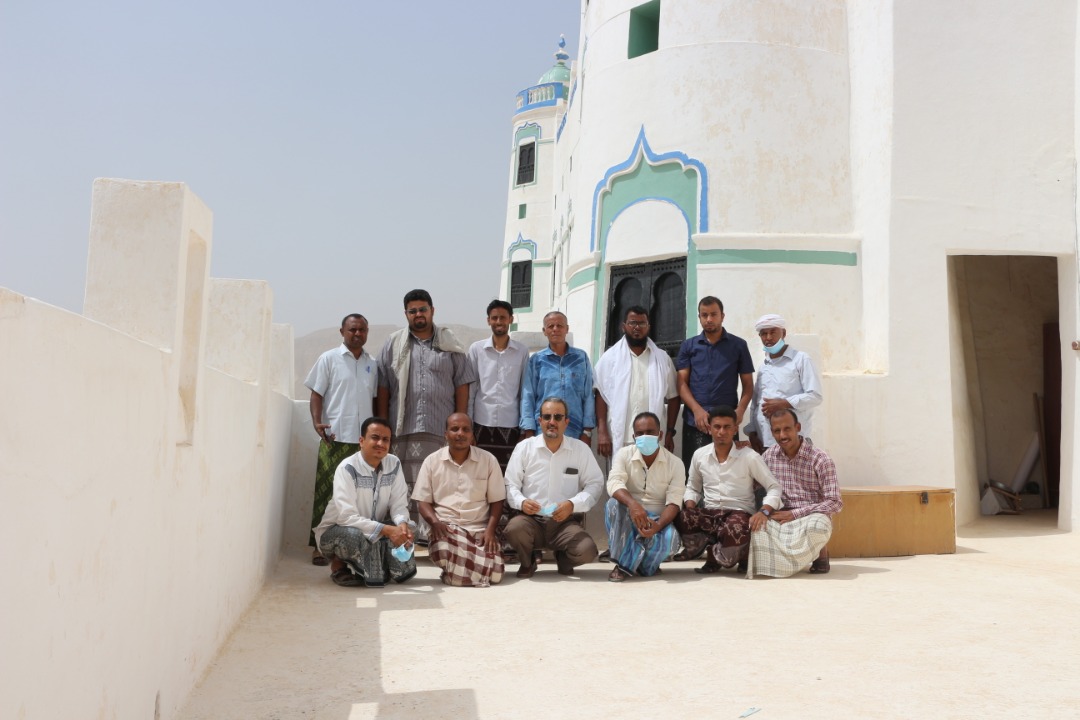 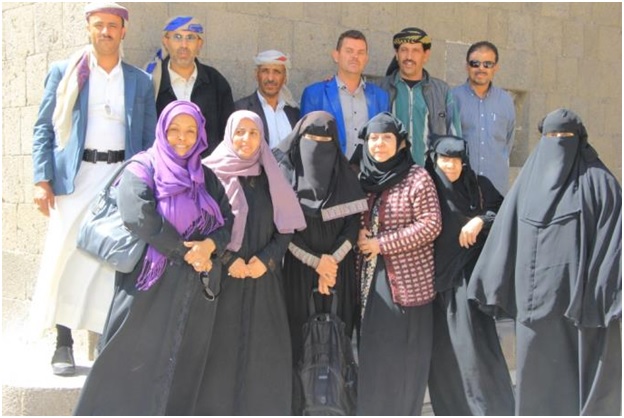 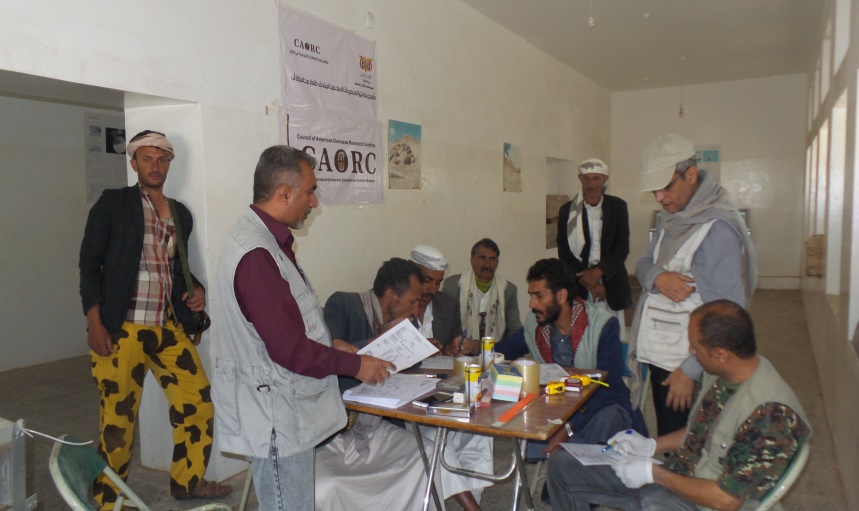 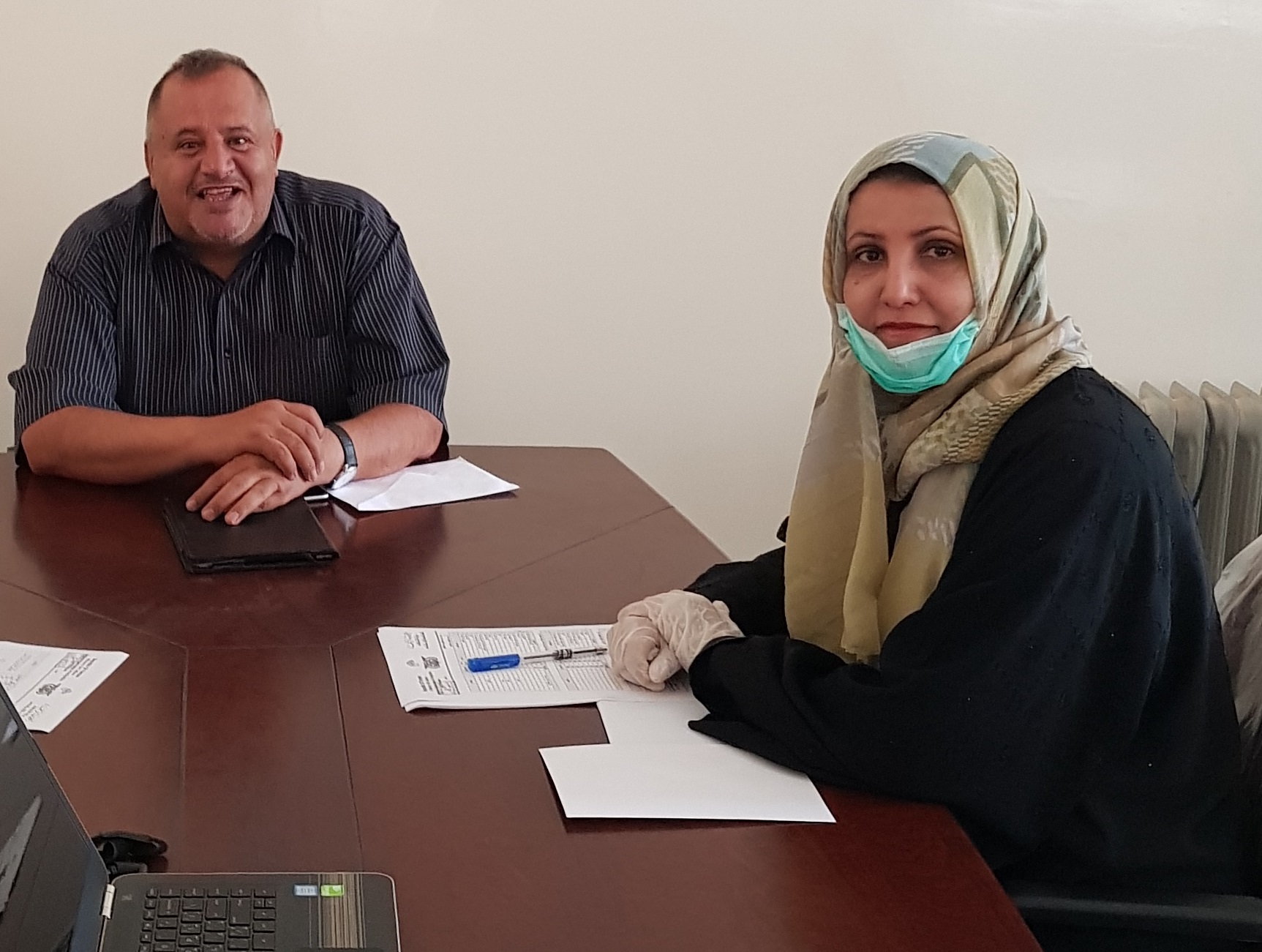 Sweating the Small Stuff on Crete and Cyprus

CAORC-NEH Fellow, Ageeth Sluis, to Give Virtual Talk on "Researching the Americas" Series

Finding the Musical Connections between West Africa and Latin America